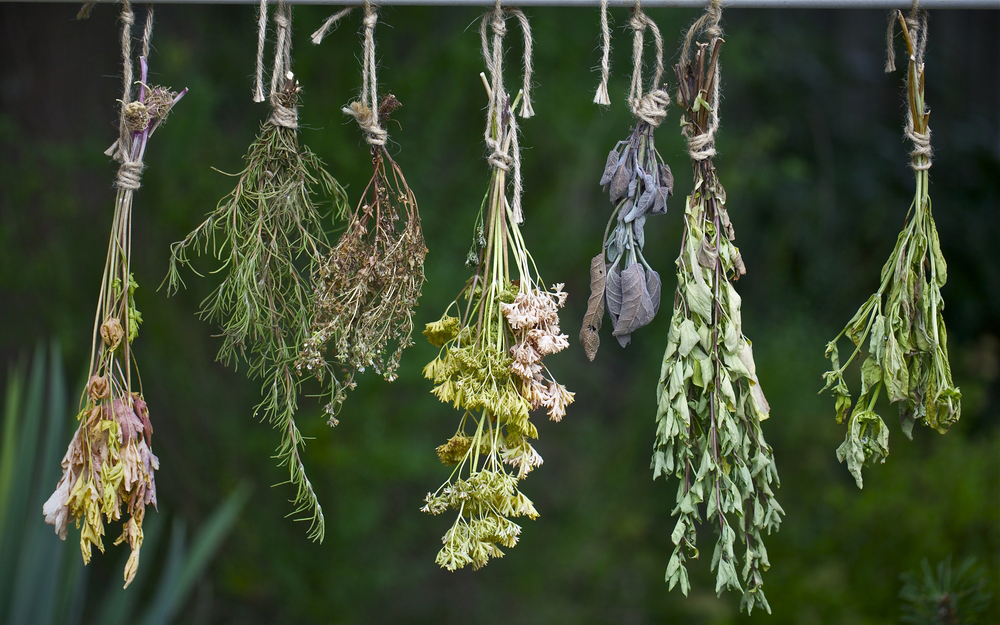 Cretan herbs are a great tradition of the island. Botanical studies have revealed that Crete has one of the richest and most interesting ecosystems in Europe, with a large number of endemic plants, such as “Malotira” and “Dittany”. The amazing herbs of Crete grow on the steep mountains of the island. Then, they are collected by experienced collectors, dried under natural conditions and packed in modern packaging, without any chemical or other treatment. In Crete today, there are numerous herbs that have been used since antiquity as medicinal plants. There are many texts of ancient authors referring to the exceptional therapeutic properties of Cretan herbs.

Start your Holidays in Crete with these 5 Easy Steps!

If you choose a location for your holidays in Crete, surrounded by nature, we would recommend you to go for hiking. In less than an hour, you will see most of the popular herbs described below. So, why not learn how they are and what properties do they present in order for you to be able to collect them? 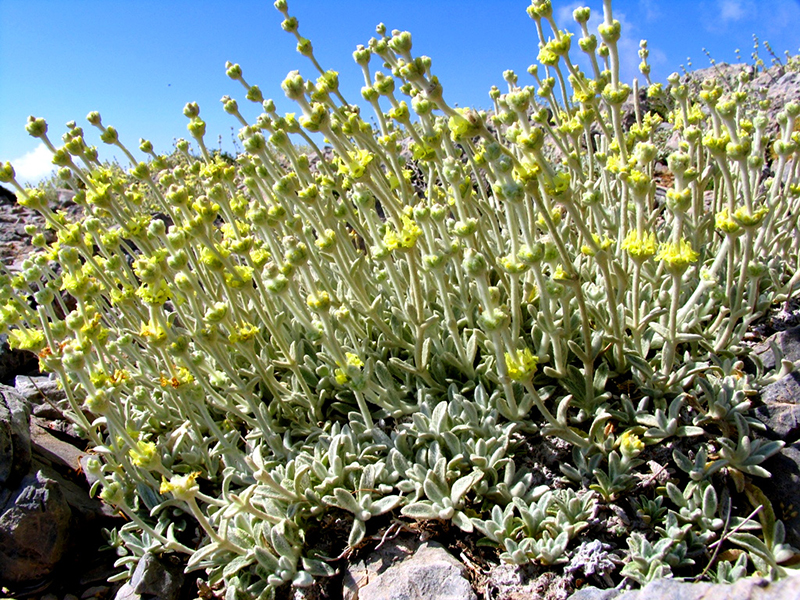 It is one of the most characteristic Cretan herbs, known throughout Greece, as the “mountain tea”. It grows in dry and arid places around the mountains and is an important fodder. “Malotíra” is collected in July, during the period of its flowering. In ancient times the name “siderítis” was referring generally to the ability of healing wounds caused by metal objects. The word “malotíra” comes from the Venetian period in Crete (male = illness, tirare = drag). Its tea is used again colds, as a medicine for the stomach and also as diuretic. Try it with honey! 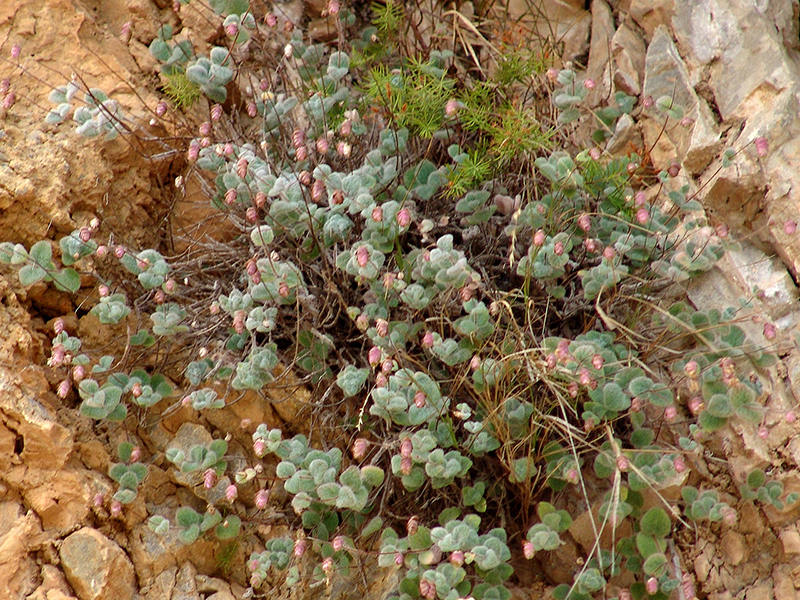 “Díktamo” is also an endemic herb of Crete called “Erontas” or “stomach herb”. It is known since ancient times and was used in the cure of stomach ache and the healing of wounds, as it is mentioned by Hippocrates, the Father of Medicine. It is said that when the wild animals are injured, they rub their sore on the plant and it is healed right away.  “Díktamo” grows on steep slopes and cliffs, so its collection is quite dangerous. It grows and is collected during the summer months. Today, we drink it mainly as a beverage but it is also used in making other beverages. 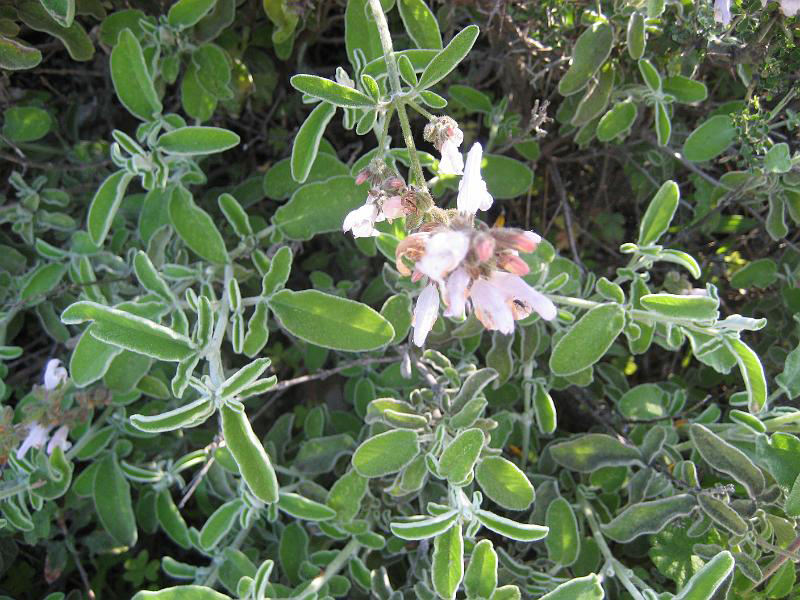 It is one of the most popular Cretan herbs, with excellent flavor. It flowers in May and June with purple-blue flowers. It is known since antiquity for its medical properties. It is used in cooking to flavor various dishes, mainly meat. 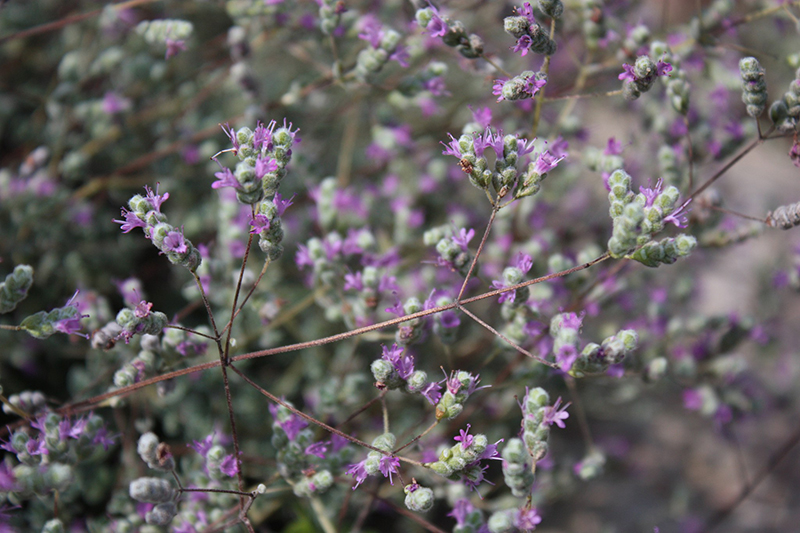 “Mantzourána” grows in July and August and is collected in the same period. It is used in pharmacy, cooking, and perfumery. It has similar properties with thyme and since ancient times, it was used for the cure of nerve disorders and is ideal for the treatment of colds. It is often served as a beverage mixed with “malotíra” tea. 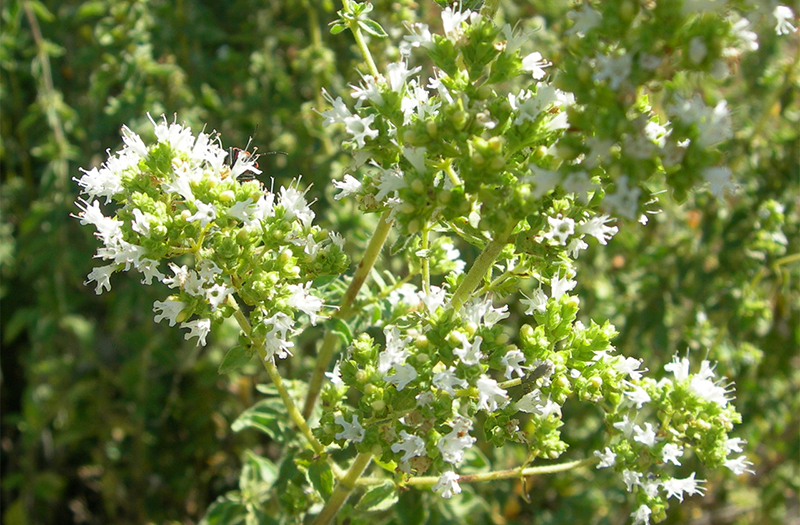 The popular “Rígani” grows and is collected in June and July. Its flowers are white in color with a sweet and spicy smell. Somebody can find it in rocky and sunny places. In the field of beekeeping, it is considered particularly important plant along with the thyme. It is used mainly in Mediterranean cuisine to flavor grilled fish and meat. In the previous years, the collection of oregano was an important income for the rural population. Since ancient times it is known for its medicinal properties. It is used as antiseptic, as medicine to toothaches and stomachaches. Its oil is widely used in perfumery. 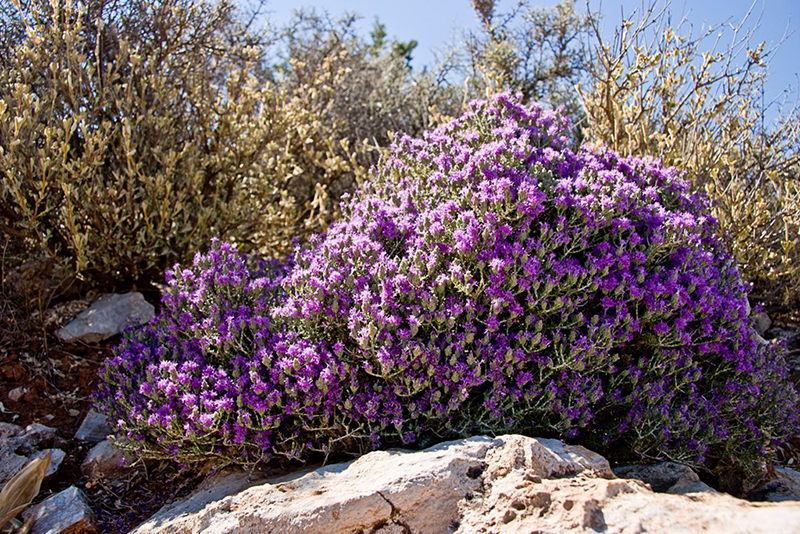 It grows in June and July, has blue flowers and is an important bee plant. “Thyme” honey is considered the finest in Crete. It has antiseptic, diuretic, anti-parasitic and anti-pyretic properties. Its oil is used also in toothpastes. “Thymári” is a great ingredient of many traditional Cretan dishes. 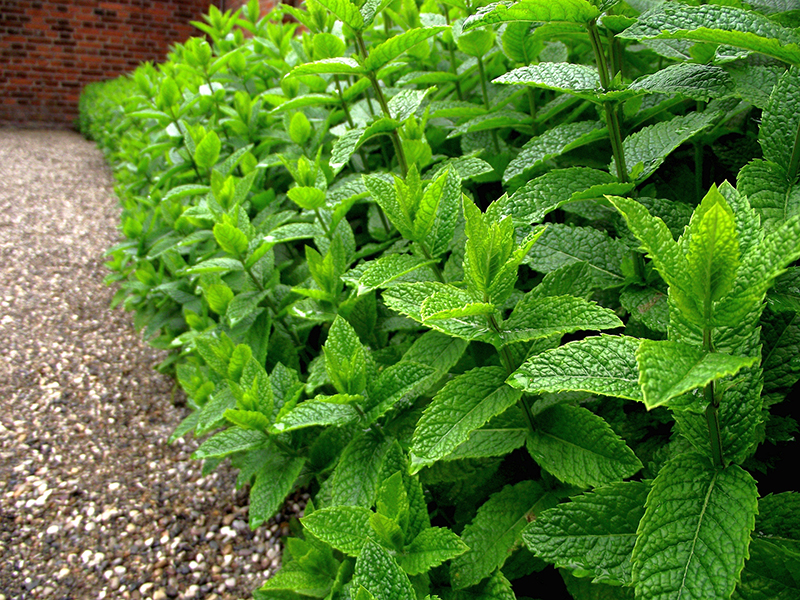 It blossoms and picked up in July and August and considered as one of the most important Cretan herbs. It contributes against indigestion, nerve disorders and insomnia. It is usually used as a flavor ingredient in ice creams, fruit compotes and salads, mainly because its smell is very strong and gives a particularly delicious flavor to the salad. 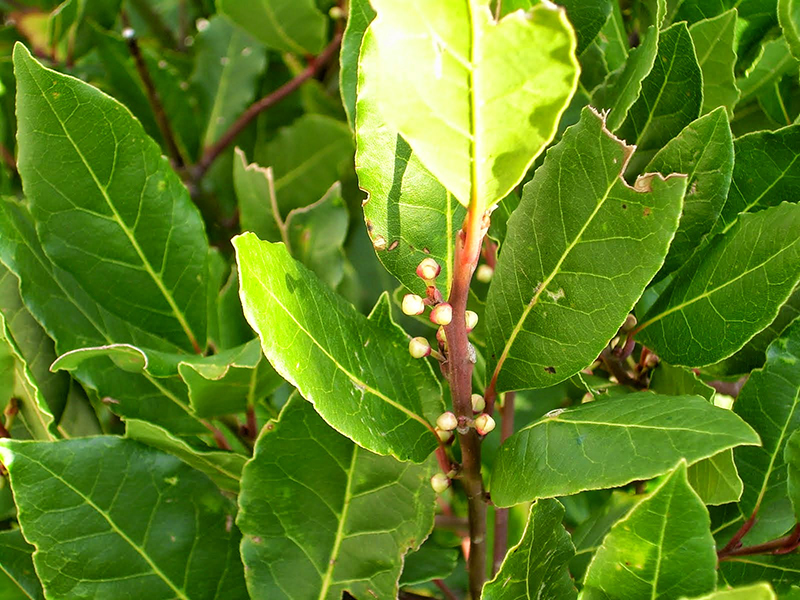 Many people don’t know the properties of this herb and, yet, cannot appreciate its usefulness. Formerly, it was used to strengthen hair and its tea is spread on parts of the body, suffering from rheumatism or muscle contusions. It is very useful against indigestion and for the proper functioning of the stomach. 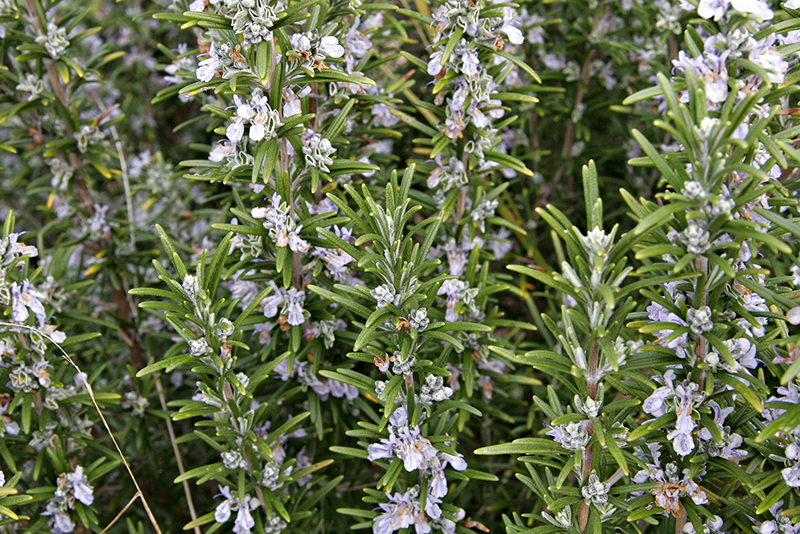 Previously used as a beverage in headaches as ideal for migraines. It was considered by scientific experts that frequent use is ideal against hair loss of the scalp. It is antibacterial, antiseptic and very stimulant traffic, as well as insomnia. 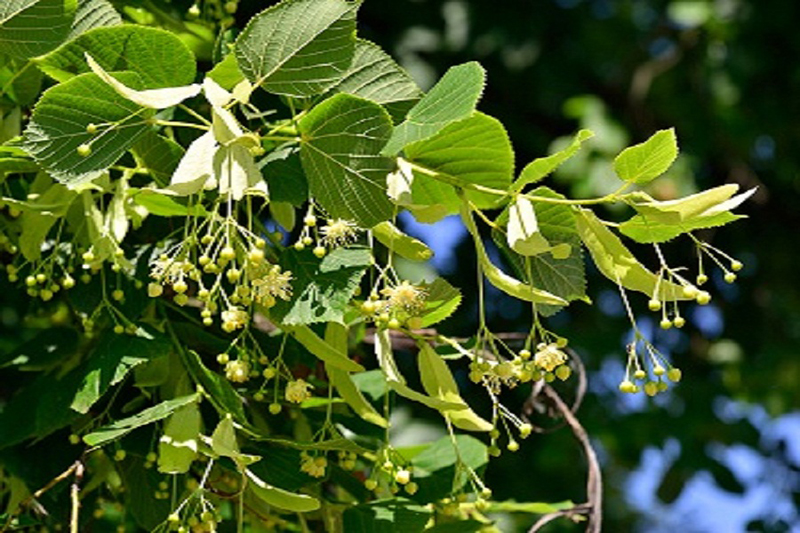 It is an aromatic and medicinal herb. Its flowers are considered that contribute to the good functioning of the stomach and the kidneys, weight loss and cure of cold. You will find it in Crete during June and July.

Cretan herbs display an important role in the good health condition of the Cretans, but also, generally, of the Mediterranean people, who consume them in their daily life! Either in beverages or in cooking, Cretans have learned to take advantage of the gifts of nature and gradually discover its benefits. Just take the chance to enjoy these gifts during your stay in Crete.