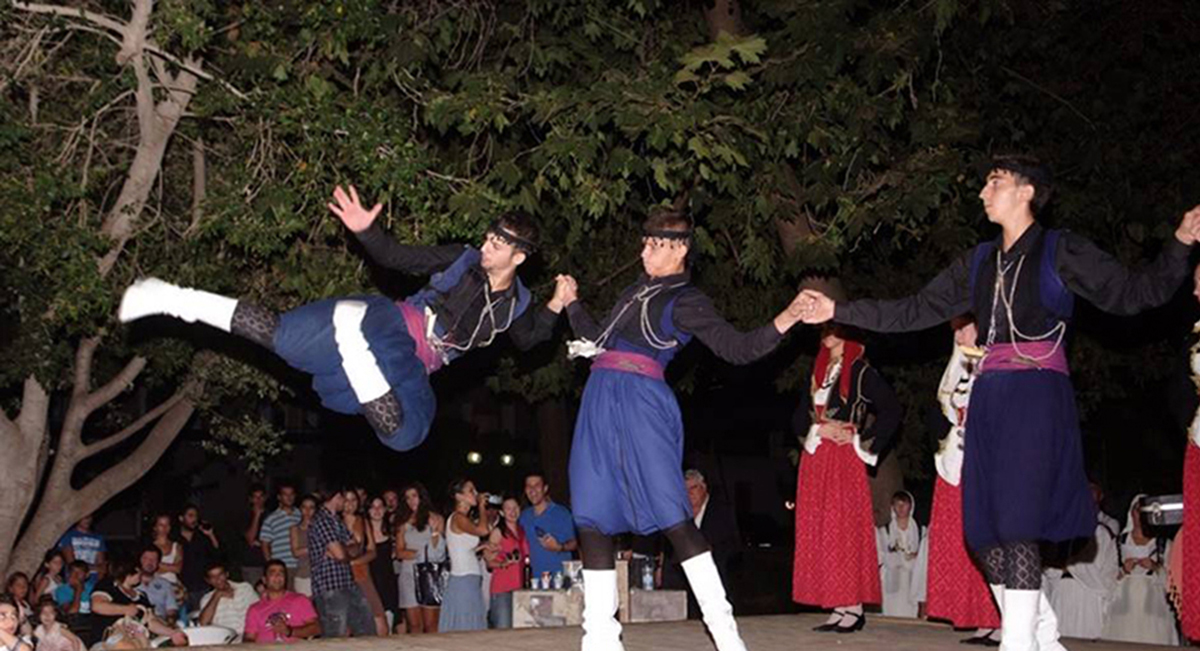 Cretan Festivals And Feasts You Shouldn’t Miss In 2015

Crete is a cosmopolitan island preferred by a huge number of travelers every year from all over the world. However, it still retains the elements which compose its cultural tradition. The Cretan festivals, feasts and celebrations on the island, traditional or not, do not stop over time, but find their peak during the summer.

Check our latest article about Top Festivals In Crete 2016

The summer Cretan festivals are covering the entire spectrum of arts and usually last days or weeks. In this category are included the “Kyrveia “(Municipality of Ierapetra), the “Kornaria” (Municipality of Sitia), the Summer Festival of the Municipality of Heraklion and the Renaissance Festival of Rethymno (Municipality Rethymnon). Many villages of Crete work cultural associations or individually organize Cretan festivals and traditional feasts on the occasion of religious celebrations or historical anniversaries. Also several of these traditional events are based on local products. This is how locals honor Cretan land for its gifts.

Every summer the traditional Cretan festivals and feasts attract not only locals, but also foreigners who want to meet genuine Crete. The Cretan festivals, usually associated with the celebration of a Saint, take place in the village square. You will have the chance to enjoy dancing to the sounds of the lyre and the lute and of course, several local dishes and plenty of wine.

The summer Cretan festivals, once, were important stages in the cycle of the year. People used to make a break from their jobs and interrupted, for a while, the monotonous rhythm of life. They gathered inside and outside the churches and the, walked in the village,  in small processions. At the end of the day, they gathered in the square of the village, around a lyre player. They were dancing and enjoying wine, raki, and the the appetizers of each summer celebration.

Rethymno Renaissance Festival:  the locals of Rethymno honor their Renaissance tradition by organizing the last 25 years the inspired Renaissance Festival. Each August, during the Renaissance Festival are organized music concerts, art exhibitions, theatrical performances from Cretan and European Renaissance, children’s events and other happenings. The festival is hosted in Fortezza in Venetian churches, mosques, streets and city squares.

“Yakintheia”: The three-day cultural events taking place each year during July, in Anogia. The events are dedicated to St. Hyacinth, the Cretan “Saint of love” and are performed in a space which has been specially configured for this purpose in Psiloritis, just after Anogia, at an altitude of 1.200 m. There has been erected a temple dedicated to St Hyacinth. Every year “Yakintheia” have different thematic and usually combine Cretan music, Cretan folk tradition and musical traditions from other parts of Greece or the Mediterranean. At the same time, traditional cheese-making methods are presented, and guests can taste raki and other traditional Cretan products.

“Heraklion- Summer Festival “: In recent years the city of Heraklion has created an important tradition expressed through the Festival “Heraklion – Summer”. The program includes theater, music, dance and visual arts events with the participation of important Greek and foreign artists. It also includes several events by local artistic groups and associations. The festival events take place primarily in the garden theater “Nikos Kazantzakis” and “Manos Hatzidakis”, located in the moat of the Venetian walls.

“Kornaria”: The ‘Kornaria’ are cultural events organized by the municipality of Sitia.

Cretan festivals and traditional feasts, Cretan music and the rich artistic production in traditional sectors of creation link the modern Cretans with the past and tradition, tradition which remains alive and constantly evolving. Thus, in major cities of the island you can get a taste of cosmopolitanism and contemporary artistic creation while in the villages you will be able to experience a Cretan feast, under the sounds of traditional Cretan music, with dancing and local Cretan food.