Most Famous Archaeological Sites Of Crete

The history merges with the myth on a magical journey in past eras, in the archaeological sites of Crete. Apart from the most famous archaeological sites (Knossos, Phaistos, e.t.c) in each corner of Crete, in places of great natural beauty, you will find ruins of ancient cities, palaces and other monuments of great archaeological importance, from all historical periods of the island that really worth an exploration.

We picked and present to you some of the most popular Archaeological Sites of Crete you should definitely visit!

The biggest and brightest center of the Minoan civilization, Knossos, is located 5 km. south of the historic city center of Heraklion. In the area, at the east side off the hill, where the brilliant Minoan ruins of Knossos have been discovered, are found also traces of Neolithic installation dating from 6000 BC. In a complex system of corridors and labyrinthine apartments located there, many researchers recognized the ancient “Labyrinth“. However, the most important element of the palace of Knossos is the fact that it was a structured city center developed around a large central yard-square. Rear more about the Archaeological site of Knossos. 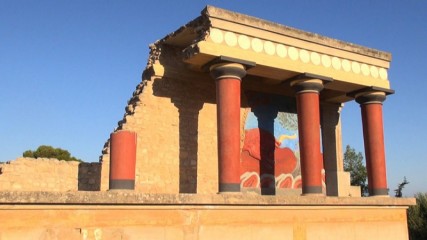 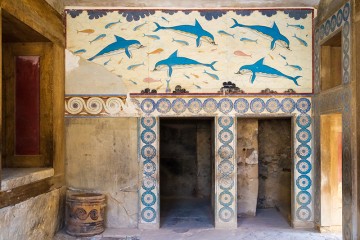 Ancient Aptera was one of the largest and most powerful city-states of Western Crete. In the area dominate the imposing vaulted Roman cisterns, which are kept in very good condition. The town is surrounded by cyclopean walls, which surround the entire rocky plateau on which it was built. Part of the wall is preserved today in length greater than 4 km. In the area have been also excavated a small church, a large private house with columned courtyard, a theater, an orchestra as well as a graveyard west of the city, with carved tombs. 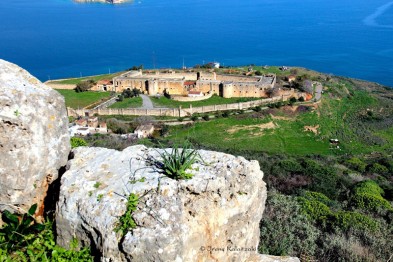 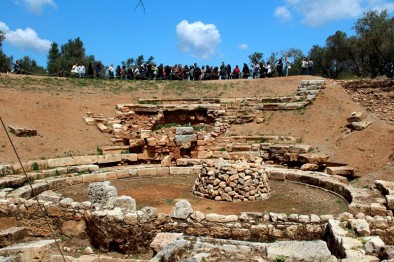 In the region where is located today the village of Eleftherna (Prines) in Rethymnon, was the ancient town the remains of which were discovered after systematic excavations. The village is located in the south of the fort hill around which was built the ancient Eleftherna, one of the most important ancient cities of Crete. 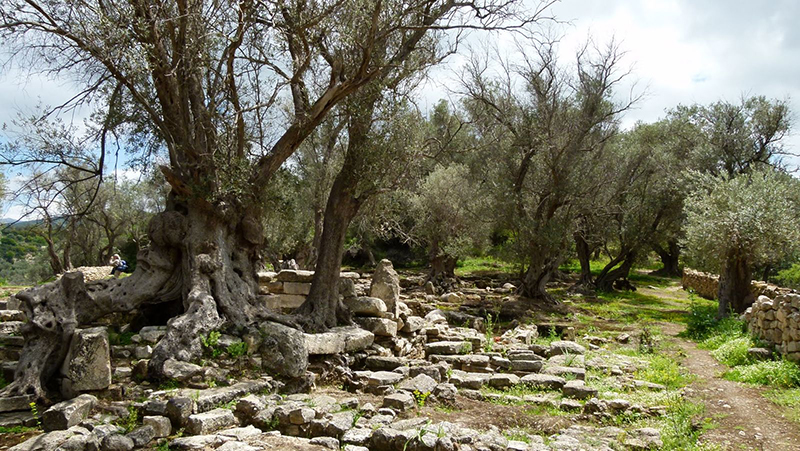 The region was inhabited since 2,000 BC. On the root of the northeast slope, lies a large part of the site that came to light from the excavations of recent years carried out by the University of Crete from 1985. The excavation of the ancient cemetery in the area “Orthi Petra”, gives us a lot of information. The graves contain significant findings that help to extract relevant conclusions about life in ancient Crete. This year, the Archaeological Museum of Eleftherna opens its doors to the public. 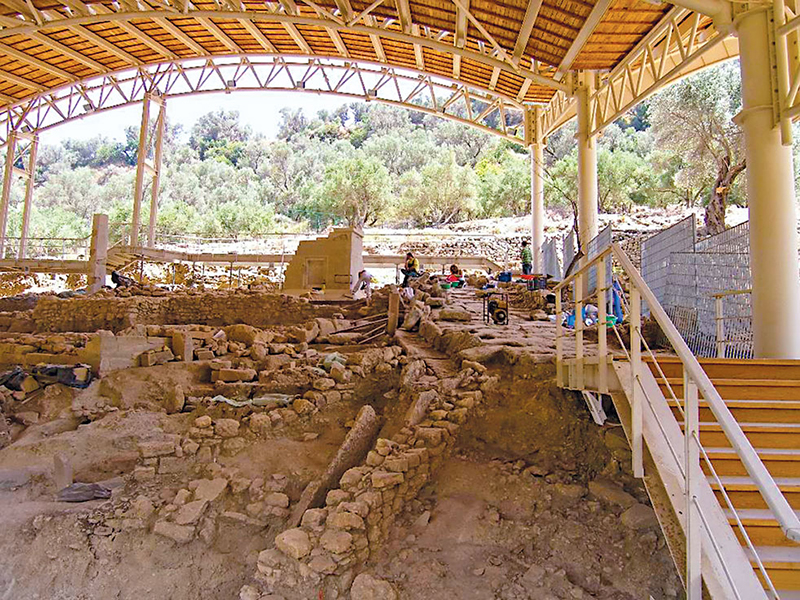 The most eastern of the Minoan archaeological sites of Crete is located in the southeastern beach of Sitia, Kato Zakros. It is located 45 km. from the town of Sitia and 115 km. from Agios Nikolaos, in a small, well protected cove. Kato Zakros was identified as an important archaeological site in the 19th century. At the end of the same century, Italian archaeologists made excavations and found several vases with luxurious decoration, belonged to the best period of Mycenaean Knossos. In 1962, excavations on the eastern slope of the hill of Agios Antonios finally revealed the fourth Minoan palace, many districts of the Minoan city and its cemeteries. 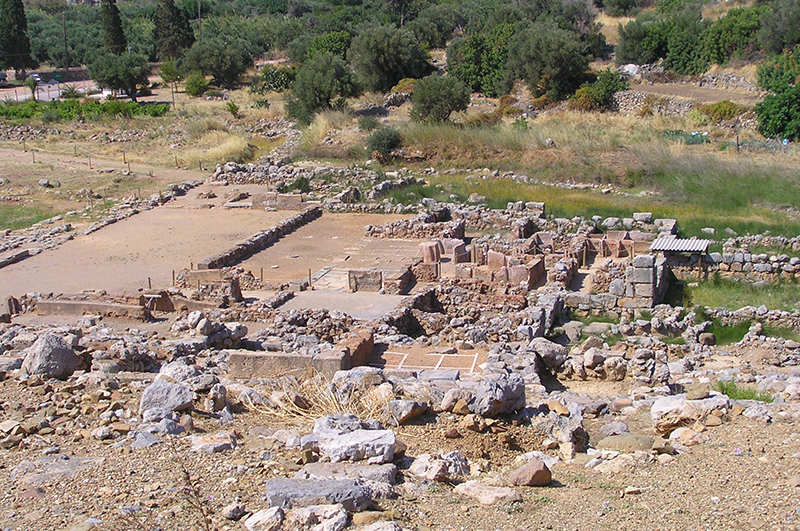 Phaistos was the second biggest Minoan town and the center of south-central Crete, including the areas of Amari and St. Basil in Rethymnon and south Heraklion. The palace and the city of Phaistos is situated on a hill, offering panoramic views to all points of the compass, especially to the East, North and South. To the East, lies the rich and fertile plain of Messara. The rich and fertile plain of Messara, is surrounded by the mountains of Lasithi at right, Asterousia Mountains at south and Psiloritis Mountains at north. The view, in all hours of the day, but mostly in the afternoon, is magnificent, and only for this, it is worth visiting Phaistos. 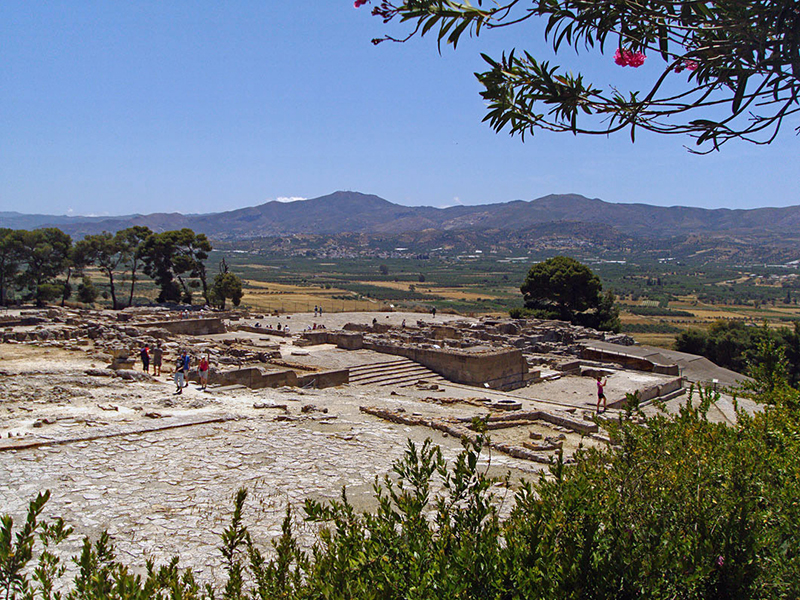 Ancient Gortyn is one of the most important archaeological sites of Crete near the village of Agii Deka in Messara. It is located at the point where flourished one of the oldest and most powerful cities in Crete, during the prehistoric and historic period. The ruins of the ancient city are spread over an area of 4,000 acres from the hills of Saint John, Volakas and Prophet Elias to the village of Agii Deka at east and Mitropolis at south. It is the largest archaeological site in Crete and one of the largest in Greece. 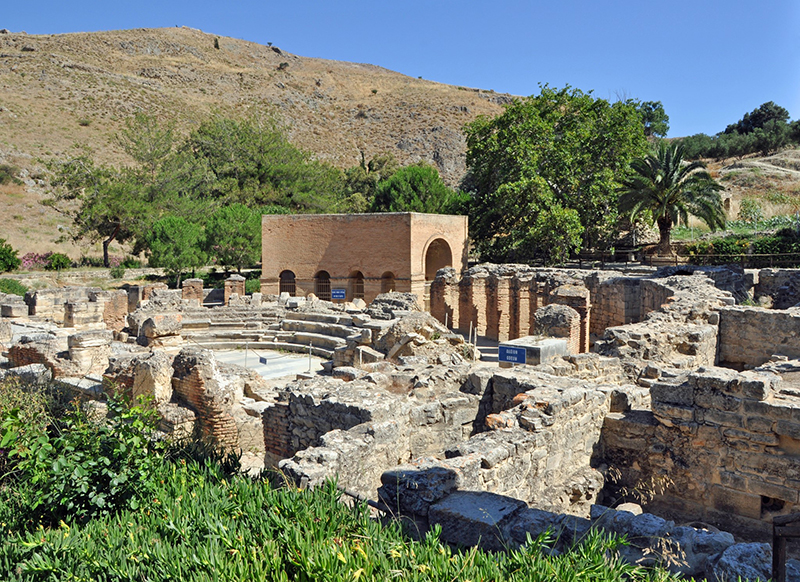 The sacred cave of Cretans gained nationwide fame and became an important center of worship and place of initiation is located on the west side of the Nida plateau on the root of the steep slope at 1538 meters altitude. According to tradition, it is the cave were Zeus born and raised by Amalthia. We know that the cave was an important place of worship. Its fame was spread throughout Greece and is one of the major theological study centers of antiquity. The clearance and initiation ceremonies attracted large numbers of pilgrims such as the great Greek philosophers, Epimenidis and Pythagoras. 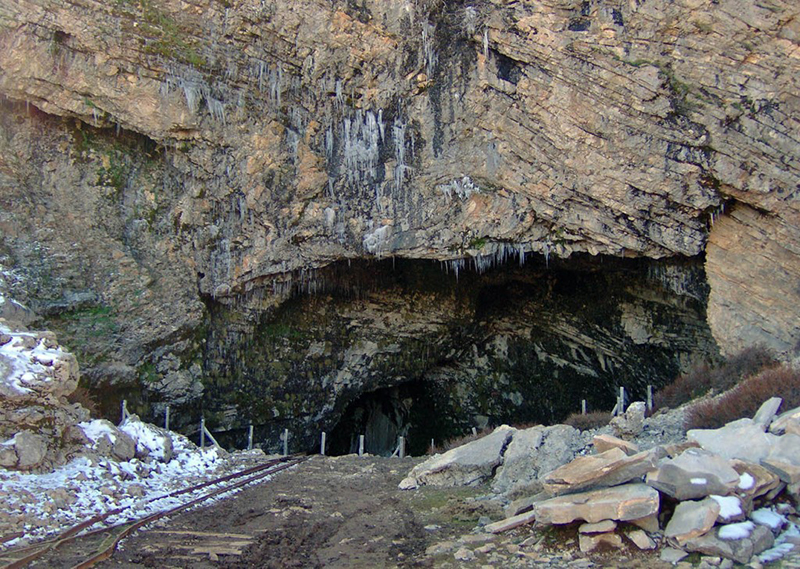 Posted on 27 May 2016 in Cretan Culture and tagged Ancient Aptera, Archaeological Sites In Crete, Knossos.