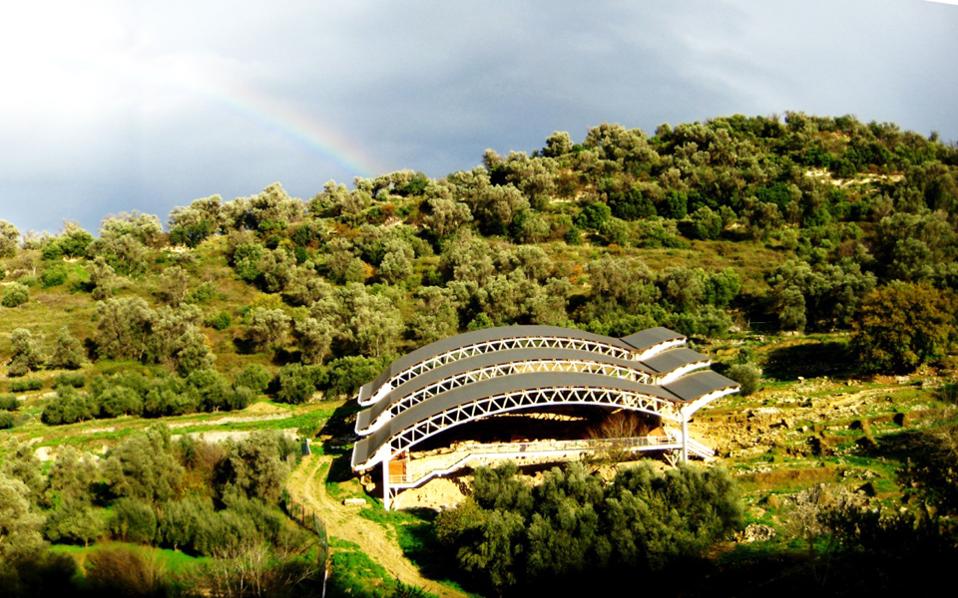 In the heart of Crete, on the center of the island, there is one of the most important archaeological sites of Crete, embraced by mountains, overlooking the sea: the Eleftherna Archaeological Museum, in Rethymo, open its doors for first year and awaits for you to visit it on Sunday, June 19th.

This is a really important event, as the excavations at the point “Orthi Petra” in Eleftherna began thirty years ago. Today, in this position, there is an entire archaeological park and an impressive museum, which aspires to become the first museum of archaeological site on Crete and the fourth largest in Greece after those of Olympia, Delphi and Vergina.

The Archaeological Site of Eleftherna features paths, bridges, resting points, explanatory signs and two large canopies to protect the cemetery and the Basilica of Archangel Michael. The visitors can enjoy a combination of nature, flora and fauna, as well as antiquities, in a landscape of unique beauty. 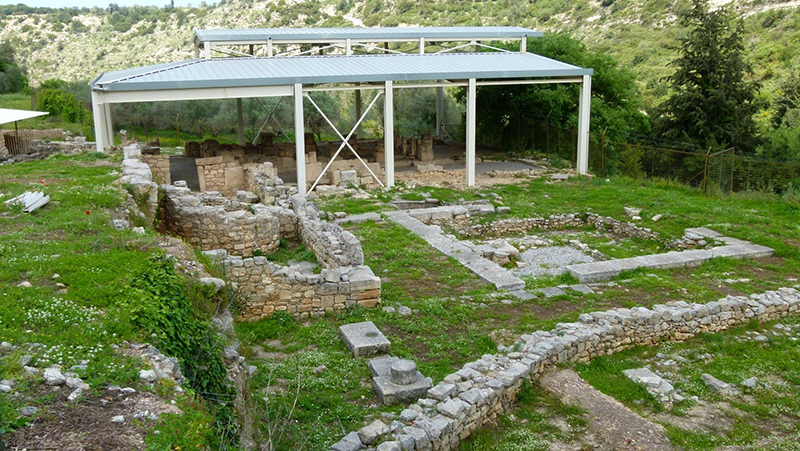 Houses, villas, roads, public buildings and baths, tanks and cisterns, terraces and walls, temples and churches, furnaces and workshops, and above all the necropolis of warriors and their relatives at the dawn of Greek history, dig methodically and systematically from 1985 until today (as the excavation still continues), revealing little by little the city’s secrets in 3000 BC until the 14th century. A.D.

The building of the Eleftherna Archaeological Museum resembles a box emerging from the earth, overlooking Psiloritis Mountains. In the excavations have been involved students from the University of Crete, University of Greece and abroad (Europe, USA, Asia, Africa, Australia), and people from the surrounding villages.

The history of Eleftherna unfolds in three consecutive rooms, hosting exhibits from 3000 BC to 1300 AD. Four and a half millenniums are revealed to the visitors via objects and handicrafts of art from prehistoric, Geometric, Archaic, Classical, Hellenistic, Roman and early Byzantine and Byzantine times.

Read also:  Christmas In Crete - The Food, Events And Customs 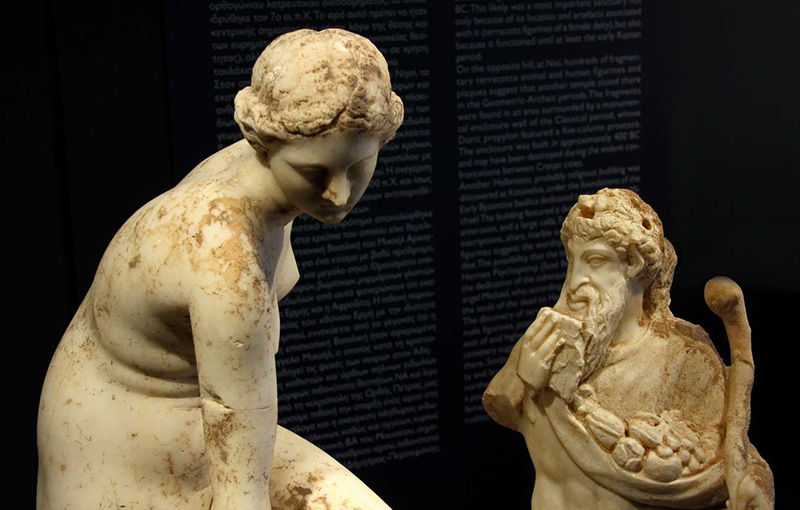 Room A, the largest in size, includes exhibits that present the public, political, religious, social and everyday life of Eleftherna, but mainly, objects imported from other Cretan cities and regions such as Attica, Peloponnese, Cyclades, the islands of the eastern Aegean, Minor Asia, Cyprus e.t.c. 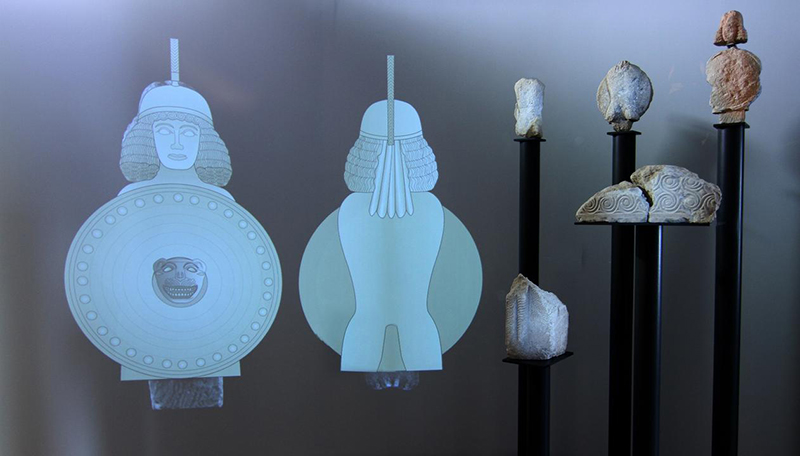 In Room B is developed the religious and devotional life of Eleftherna, from the Early Iron Age until the Byzantine period. Here, is exposed one of the most important finds of the Necropolis excavated in Orthi Petra, the “Daughter of Eleftherna”. This statue is related to the masterpiece statue, the famous “Lady of Oser,” exhibited in the Louvre in Paris.

Room C is dedicated to the Necropolis of Eleftherna. Here are presented finds only from the excavations of Necropolis, such as wall paintings from the Homeric world, i.e. the ritual of the cremation of dead bodies. In the same room, you will see the figures of the aristocrat priestesses of Eleftherna with all their wealth: brilliant, exquisite jewelry art, glass and earthenware, clay and bronze vases, figurines etc.

The three rooms of the Eleftherna Archaeological Museum, can accommodate simultaneously at least 4 groups of visitors (50 visitors each). In each room, there is a screen that displays stories associated with objects in each room, movies and documentaries referred to Homer and Herodotus, some of which have received awards in international archaeological film festivals. 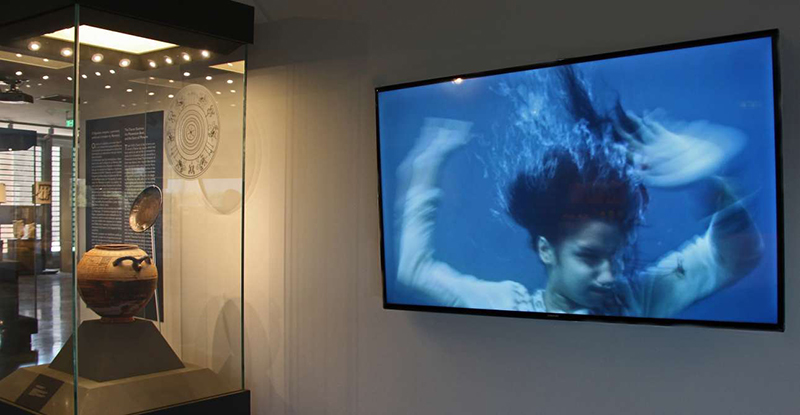 In the south part of the museum, there is the Research Center with a library, offices and the archives of excavations. On the ground floor, there are the warehouses and maintenance workshops, equipped with the latest technology, while in the large courtyard of the museum is created a small theater displaying performances, concerts and events.

Finally, if you spend your family holidays in Crete, a visit the Archaeological Museum of Ancient Eleftherna is an ideal activity, as your children may attend the special educational programs of the museum.