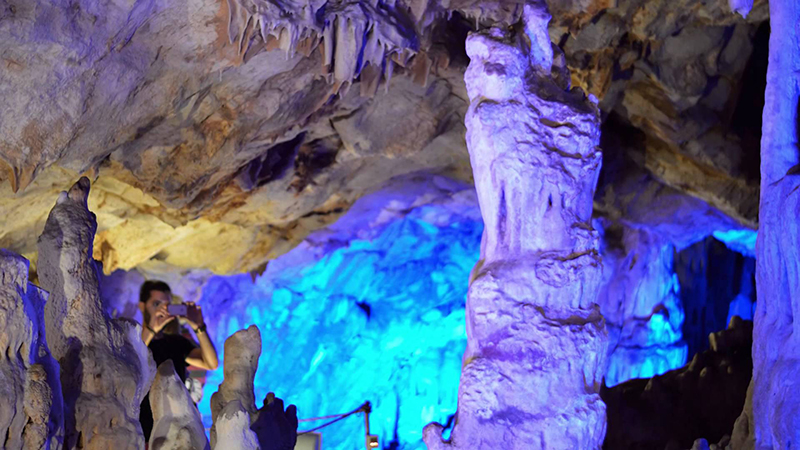 A Visit At The Legendary Sfendoni Cave In Crete

Visiting caves could be one of the most exciting activities in Crete during your holidays in the island, as there is a great variety of caves with impressive speleological formations and interesting history! Sfendoni cave in Crete is located in the Prefecture of Rethymnon, 1 km east of Zoniana village and 6,5 km west from Anogia village. It is one of the most beautiful caves of Greece, with rich stalactite and stalagmite decoration.

Specially trained tour guides will accompany you during your visit and will be responsible for your safety. Usually, they are residents of the village who grew up playing in the arcades of the cave, long before it became a special sight for the visitors. Those people will explain you all the amazing secrets of Sfendoni.

Follow the signs towards Sfendoni cave at the entrance of Zoniana and you will quickly get to the parking area. There, you will find a kiosk where you can buy your ticket. Before you start your exploration, take a minute to admire the panoramic view. A paved path starts from the kiosk and leads you to the entrance of the cave. Entering inside, you will walk on metal walkways with ropes to the side, giving an extra sense of security on the downhill tracks.

The path of the cave is very safe, even to people with disabilities. Sfendoni Cave in Crete is part of the Natural Park “Psiloritis” which in turn belongs to the European Geo-parks Network, a network of protected areas with special geological heritage under the auspices of UNESCO.

The Impressive Interior of the Cave

The cave covers an area of 3000 square meters. Within 270 meters of the route, the visitor can see the improvisation of nature, creating spectacular formations with water salts and droplets. Massive columns create labyrinthine apartments in the cave. Countless stalactites and stalagmites, diverse and colorful, decorate the halls of the cave. At many places, there are water basins and “cave pearls”. Particularly impressive is the glow of the tiny crystals of calcium carbonate. 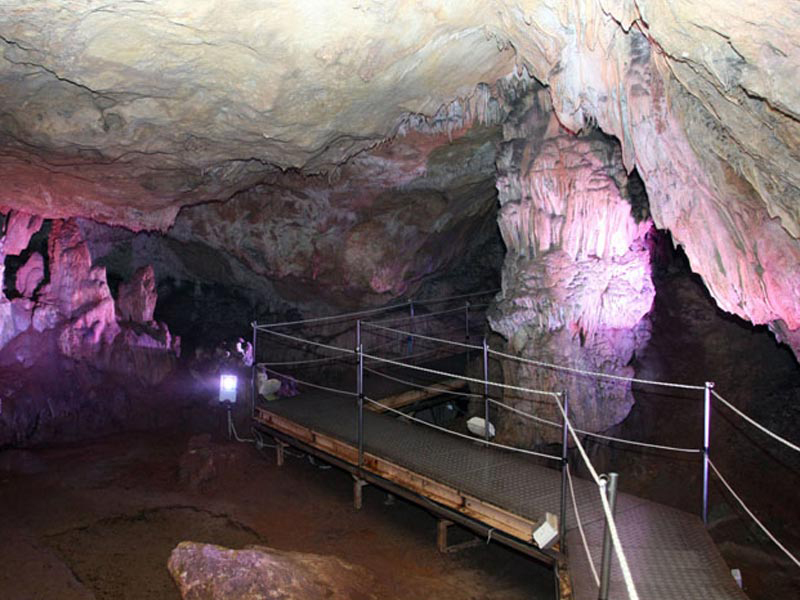 Unlike the first impression, Sfendoni Cave in Crete is not empty of life. Life here is perfectly adjusted to the particular conditions inside the cave: the eternal darkness, humidity and minimum food. Animals that live in the cave are transparent or colorless, blind and usually tiny and delicate. The cave is also the home of many bats. Their presence is confirmed by the blackened areas on the roof. The black color comes from the bats feces.

How Sfendoni Cave got its name?

Many years ago, the cave was used by the locals as a hideout. Sfendonis, a rebel from Sfakia, found a shelter in this cave. One day, while he was sitting at the entrance and baked meat, a young man approached and asked for a little meat.

Sfendonis thought that he would betray him and kicked him so hard that killed him.

The Legends around Sfendoni Cave in Crete

The beautiful Fairy of Sfendoni in Crete 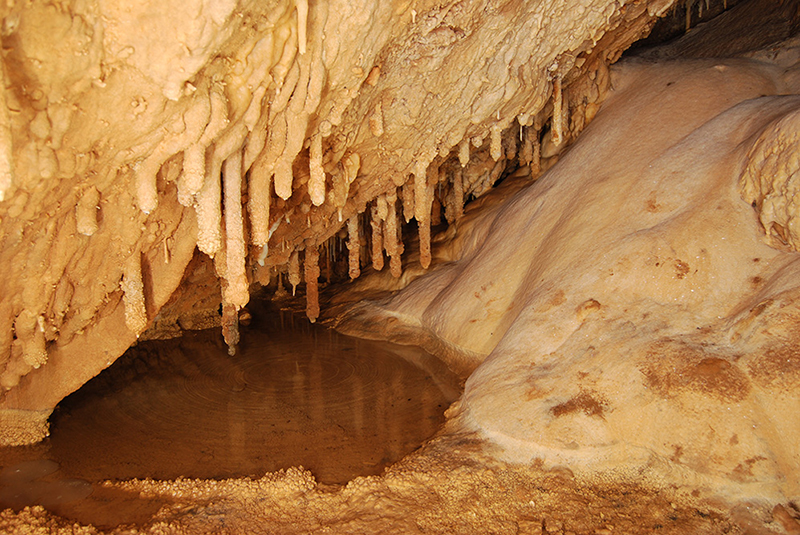 According to one of the myths, a beautiful fairy used to live in the dark cave. Every day, she  visited the fountain outside the cave to drink water. A shepherd had seen her many times, but every time he was trying to approach her, she was running and hiding in the cave. The desire and curiosity made him watch her all the time. When she appeared, the shepherd threw her a stone with his sling. The wounded fairy managed to run and hide in the cave, leaving her bloodied handkerchief at the entrance of the cave.

According to another version, the shepherd approached the wounded fairy and, fascinated by her beauty, leaned to kiss her. The fairy repelled him and promised that if he did not hurt her, she would give him a cane of silk. The shepherd could not resist to her beauty and finally kissed her despite her objections. The fairy, weeping, cursed him and his family to have shaking hands for their whole life.

Posted on 29 Dec 2015 in Activities in Crete and tagged Hiking In Crete.