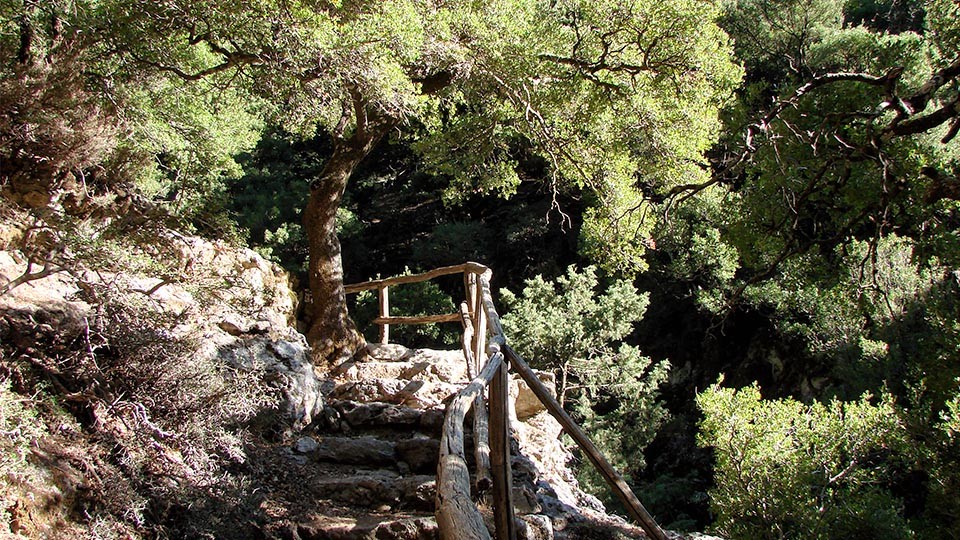 The greatness of the Cretan nature, from the mountainous to the coastal areas of the island, is revealed through the continuous changes of its landscape that holds many surprises for the traveler. Rough mountains, gorges with wild vegetation, virgin islets covered with dunes and cedars, wetlands and forests, compose rare ecosystems extending across the island.  We collected and present to you the unique Crete natural landmarks in order for you to learn about their flora, fauna and the legends with which they are linked.

The only natural freshwater lake of Crete, Kournas Lake is located on the northern edge of the White Mountains, just 4 km from Georgioupolis, in Apokoronas. The lake creates an impressive landscape, rare for the island, which changes depending on the time of year. In winter, the water level rises, while in the summer the water level drops, revealing beautiful sandy beaches. 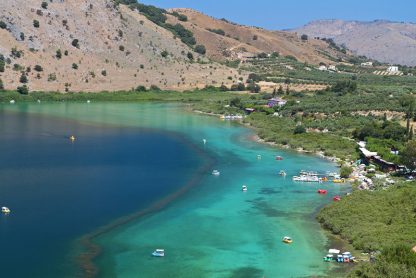 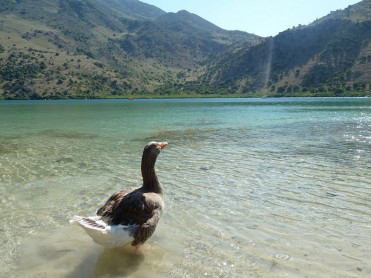 The ecosystem of the lake makes Kournas one of the most important Crete natural landmarks , that’s why it is included in Natura 2000. It is a station for migratory birds, as well as an environment where somebody meets many endemic species of Crete and the Eastern Mediterranean: Eels and smelt, reptiles – among which are “Emydi” turtle (malaclemys terrapin) with the characteristic spots on its shell – ducks, moorhens, cormorants, even herons live here.

The artificial lake of Agia is located near the village Agia, 9 km west of Chania. It is a small lake of 450 acres, which communicates south, with the valley of “Fasa”. This valley is considered the most wet valley of Crete. This small lake obvioysly hosts the largest variety of aquatic plants in Crete, but also very important species of fauna, such as rare species of ferns and frogs. Also, the lake shelters many migratory birds. The ecological importance of Agia lake is reflected in the fact that the lake is protected by international treaties. 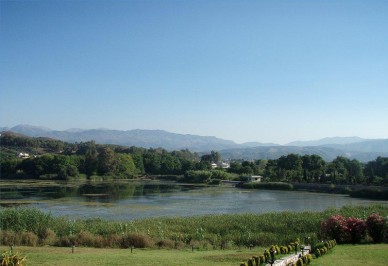 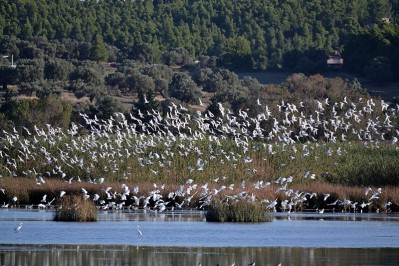 In Zaros-Vorizia area, there is an extensive forest complex of the southern slope of Psiloritis, which extends from the gorge of Agios Nikolaos in the east, up to the canyon Vorizia west. The vegetation of the forest is similar to the forest of Rouvas with the dominating species to be the “trachea pine”. Characterized by astonishing geological formations with magnificent cliffs, creating extensive climbing areas, the Pine Forest of Zaros is one of the most beautiful Crete natural landmarks. Selakano forest, popular for its wild beauty and one of the most important Crete natural landmarks, is integrated in the network NATURA 2000. The mountainous pine forest starts 35 km northwest of Ierapetra and ends on the slopes, below the top “Master Christ” of Dikti mountain. 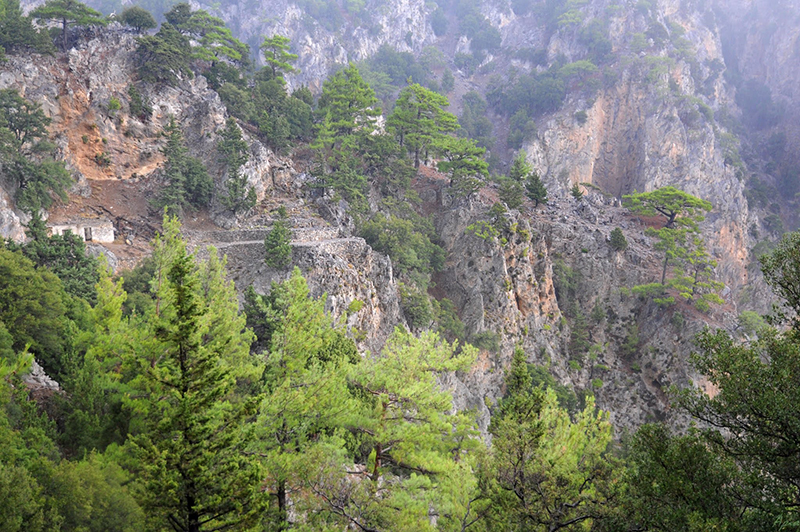 It is mainly covered by the sturdy species of “trachea pine”, which is resistant to drought and the rocky soil of the area. Selakano ecosystem includes also tree oaks, cypresses, maples, sycamores, wild pear trees, sage, dwarf trees and birds of prey, flying over the steep slopes of Dikti. In Melissokipos region bees have their little kingdom. In spring, beekeepers from all over Crete bring their beehives here, making Selakano forest the most important apiculture point on the island. 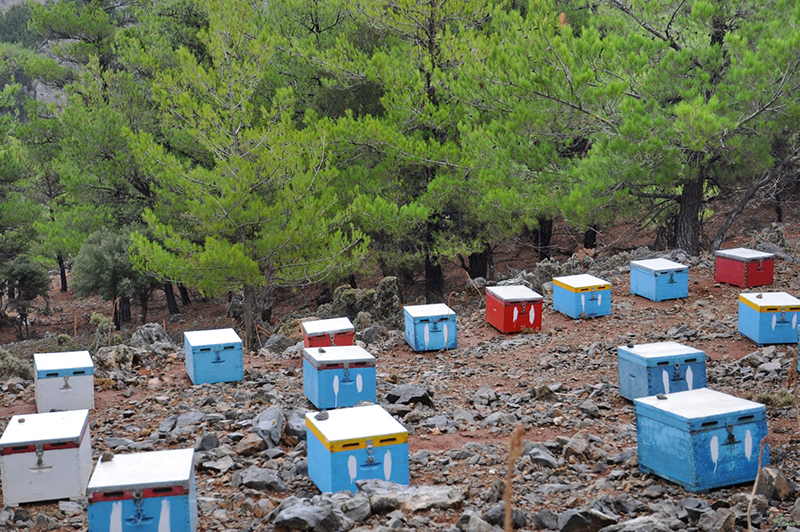 The forest is ideal for endless walks in a landscape that alternates steep slopes, ravines, gorges), springs, streams and clearings. A large part of it is crossed by the E4 path. You may access to the forest from the village Selakano or Kalamafka, and you may cross it through the paths of the forest. Although recent years has suffered from the fires and overgrazing, it remains one of the most beautiful mountain Crete natural landmarks.

By the end of the 80’s, north of the village of Zaros, on the root of the mountain, there was a small wetland around the spring of “Votomos”. Later, around the spring, was created a small artificial lake, which turned into one of the major forest recreation areas in Crete. 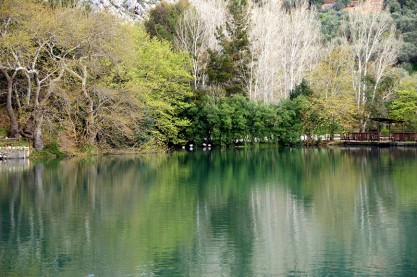 Great ecological interest presents Koutsoulidis river which stems from the springs of “Votomos” and “Sterna”, irrigated the ancient Gortyn, the Roman capital of Crete. Koutsoulidis river, at the end of the gorge of Agios Nikolaos, passes through the village of Zaros and, after crossing its valley ends at the dam of Faneromeni. The wooded banks and the presence of large eel populations and river turtles emerg Koutsoulidis as a river of exceptional ecological interest.
Read also:  Top 6 Reasons To Visit Crete (Infographic)

The area of Preveli is one of the most beautiful areas of Crete. It combines impressive geomorphologic landscape with an ecosystem of significant importance and a beautiful beach. 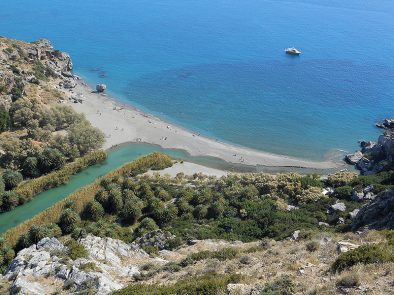 Preveli lake is formed at the mouth of the river Kourtaliotis. The springs of Kourtaliotis river are located in the middle of the homonymous gorge. The estuary of the river is sandy due to the continuous sedimentation. Thus, was created the small lake area of about 15 acres, which has given its name to the region. On the banks of the lake is one of the most important forests of palm trees in Crete.).

Viannos has one of the most extensive forests of Crete, with dominating species the “trachea pine”. Also, large areas of holm oaks and cypresses stand out in the forest. In particular, at higher altitudes, dominate mountain brushwoods, low holm oak trees and nano-cherry trees. At lower altitudes, you will see very dense thickets of carobs, lentisks, aspalathos, sedges), brushwoods with many aromatic species and pines. 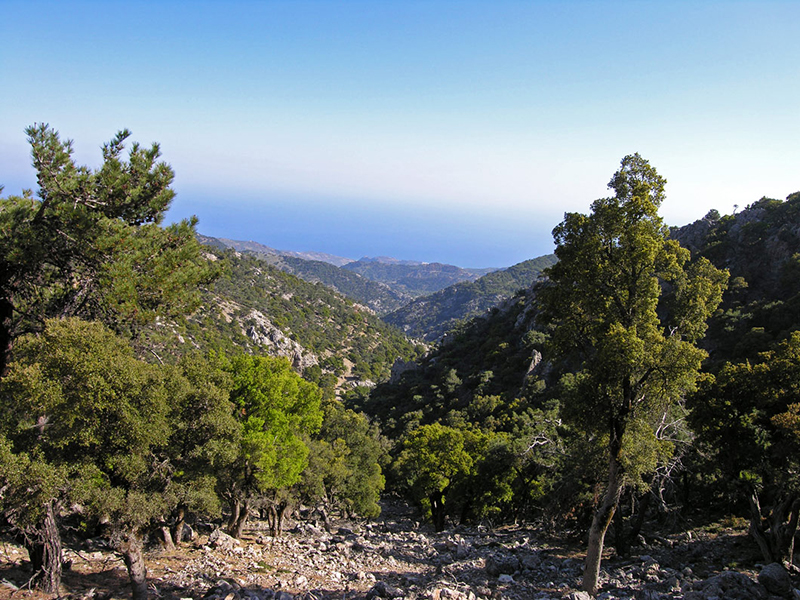 Vai Palm forest is located in a beautiful valley near the homonymous sandy beach near the ancient Itanos & 28 km. from Sitia. It is 8 km. from Palekastro and 6 km. from Toplou monastery. It occupies 200 acres, consisting of native palm trees of Theophrastus (Phoenix Theofrasti) and is unique in size, not only in Greece but also in Europe. 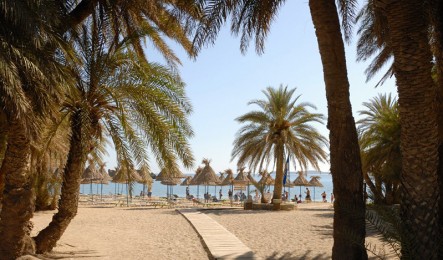 Besides the palm trees and other species of African vegetation growing in the area, you will see also many passing birds. The palm forest of Vai with the harmonious alternation of low hills and plains, the vineyards and olive groves on the slopes, the exotic color and dazzling light is one of the most beautiful Crete natural landmarks. In addition, the existence of ancient cities and Moni Toplou give the region great historical and cultural value and charm.

The forest of Rouvas is an important ecosystem of oak forest with national interest. It occupies the inner valley of Psiloritis defined by the peaks “Ampelakia” and “Saddle” at south, “Chalazokefala” at west, “Skinaka” and “Koudouni” in the north and “Gyristi” in the east. 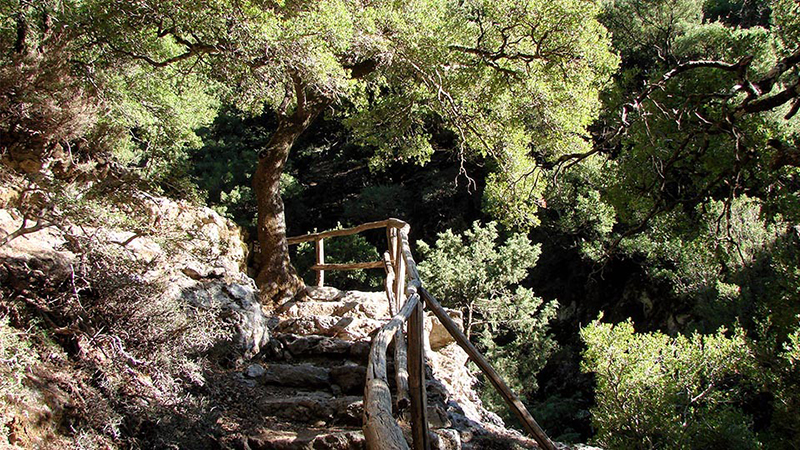 The trees of Rouvas forest are very old, the diameter of their trunk, in some cases, exceeds 1 meter and their height can reach 15 meters. Along with the holm oak trees, there are other species typical of Cretan flora such as cypress, pine, plane tree, pear trees and other more. The forest area covers about 30,000 acres. At the lower south central part of the forest, near the north exit of the gorge of Agios Nikolaos is the resting area of St. John and the homonymous chapel.

The area includes the island of Koufonisi, south of Lasithi, and the islands “Strogyli”, “Makrouli”, “Marmaros” and “Trachilos”. Koufonisi is a small island with a dry and warm climate, sandy and rocky shores. The marine part of the island is very well preserved, includes caves and reeves and is considered as one of the most remarkable natural landmarks of Crete. There are no permanent residents on the island. During summer, vacationers visit the island, but tourism activities are not intense. Both, the flora and fauna are interesting, as they are characterized by the North African element, which has been eliminated from Crete. 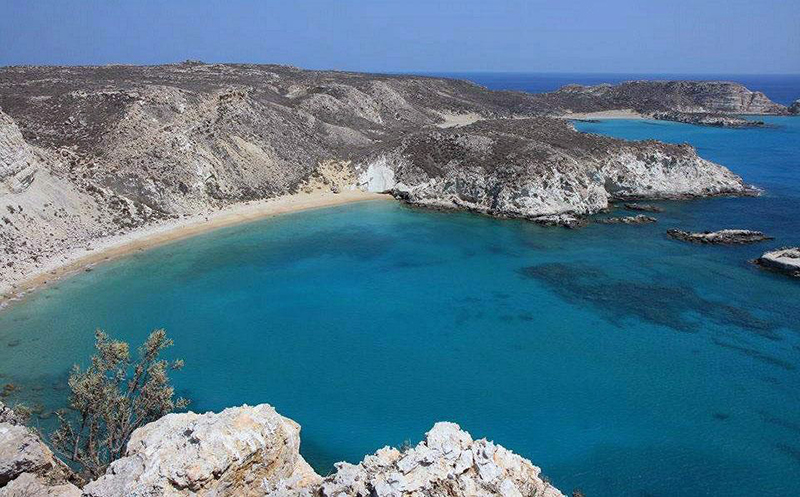 Posted on 20 May 2016 in Holidays in Crete and tagged Crete Nature, Hiking In Crete, Kournas Lake, Preveli, Vai.