Peaceful traditional stone pool villa in the heart of nature

The villa is located in a traditional small village called "Stavromenos". The location of the village is great for people who love to stay in a quiet place and spend time with their families!

The villa is a traditional villa built in the beginning of 19th century. It was renovated in 2008 by it's owners without any architectural interventions.

The villa can accommodate 8 people in beds and up to 12 persons if it's necessary. It contains 4 bedrooms, 7 bathrooms, a large living room, a fully equipped kitchen, an office, 2 large yards with gardens and a 60 sqm pool with an amazing mountain view!

Great Location : The first time that you visit the village of "Stavromenos" you might have the idea that you are in the middle of nowhere! On the contrary, you are only a few minutes away from some of the best beaches and sightseeing in Crete. 15 min. away from the sandy beaches of Panormo, 25 min from the city of Rethymno, 10-20 min away from "Margarites", a well known village for its tradition in pottery and art. "Ancient Eleftherna", with the new built museum or the famous monastery of "Arkadi" are some of the places that the owners will advise you to visit , according to your wills.

If you stay in the villa , you will appreciate the life in a quiet village, the nature, the calmness, the view, the architecture of a traditional stone-made building and the hospitality of its owners, who will respect your holidays!

On the second floor, you will find 4 bedrooms which all feature a private bathroom and a balcony.

Enough space for one or two families, decorated in traditional style, providing you everything in order to feel like you are home!

The villa has three double-bedded bedrooms and one with three single beds.

Also, there are 2 single beds that can be placed in any bedroom according to your needs and a sofa bed in the living room area.

The villa has about 700 sqm fenced yards and gardens where you can enjoy the amazing view from any angle! You can either relax under the trees or in the 60 sqm swimming pool! Also, there is a ping pong table and 4 bicycles which you can use for free.

The villa was one of the ancient towns of Crete, which is believed that it was placed near the village of "Stavromenos" . The town was well-known for its coins, mostly for those of the third and second century BC ,

Excursion to Zoniana Cave - Rethymno Crete, starting from Stavromenos and specifically from the villa!

Cave Zoniana, Sfendoni or Sfendoni's Hole, is located 1km north of Zoniana village in Mylopotamos, about 43km west of Heraklion and 52 southeast of Rethymno. It is shaped on the southern slopes of the hill Halepa at an altitude of 630m.

Excursion at Ancient Eleftherna - Rethymno Crete, starting from Stavromenos and specifically from the villa!

Ancient Eleftherna is located a few kilometers away from the villa. The town is the most important archaeological site in the prefecture of Rethymno, which has not fully been excavated and it is expected to give archaeologists many more discoveries. The first organized excavations here started in 1985 by the University of Crete.

Excursion to Arkadi Monastery - Rethymno Crete starting from Stavromenos and specifically from the villa!

The Arkadi Monastery is one of the most important and historic monasteries in Crete, and was mentioned as early as the 16th century as an important cultural centre. 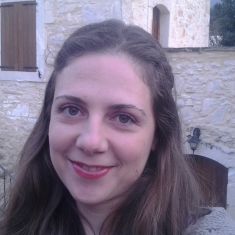