This holiday pool villa is located at Triopetra in south Rethymno, Crete.

The main level which is connected to the top floor through a internal staircase consists of a long open-plan living room equipped with an LCD satellite television and a hi-fi as well as an integral kitchen, a dinning table which sits 8 people, a WC and a fireplace. The kitchen is fully fitted including fridge freezer, full cooker, microwave oven, kettle, toaster, crockery, cutlery, glassware and cooking utensils.

floor has a Queen Master bedroom, leading to a private balcony with pergola and a Twin bedroom with two single beds that can be pushed together to make a double. Both bedrooms have air-conditioning and fitted wardrobes. Also, there is a luxurious family bathroom with a washing machine, an iron and ironing board.

The Triopetra Villas complex consists of 2 luxurious holiday villas. Designed exquisitely, both Crete holiday villas have been built to a very high standard and the quality furnishings and facilities provide for a luxurious vacation in this unspoilt area of Southern Crete that can only be described as paradise.

Built in approximately 4000 metres of land each holiday villa has over one hundred metres of dwelling space over 2 floors and can accomodate 5 people in luxury with all modern facilties included.

The panoramic views over the superb Libyan Sea and the full natural beauty of Triopetra by day and night can be enjoyed from both Crete holiday villas. A stroll to the beaches of Triopetra, that many believe are some of the best in Greece, together with small tranquil bays and coves provide the most discerning with crystal clear blue waters and sun drenched unspoilt beaches.

The complex is located in the region Akoumia which is about 50 km south of Rethymno (a 45 minute drive). Triopetra has a small mini market as well as a few taverna's where fresh fish and other excellent greek cuisine is available whilst watching the sun set and stars sparkle over the clear blue Libyan Sea.

Whilst you need go no further for a truly wonderfull vacation, you may want to rent a car to explore the nearby market town of Spilli, Saturday market at Mires, the many shops and attractions of Rethymno City or the caves of Matalya and as such a rental car is recommended for your exploration of this remarkable location. Please see information to make a car rental booking.

The exact date of the creation of Triopetra is unknown and hard to be determined.

Tradition suggests that the settlement was created in approximately 1000AD, during the most flourishing period of the Byzantine Empire.

It is said that Triopetra could have been founded when Crete was liberated from the occupation of the Saracens, which lasted from 912 to 961AD, by the general and later emperor Nikephoros Phokas. By that time Byzantine families were sent to the island to strengthen the Christian population.

This theory is supported by the Byzantine wall paintings in the oldest church of the area which is dedicated to the Transfiguration of Christ.

N.Papadakis, byzantinologist and former rector of the University of Thessaloniki, who came from the neighbouring village Vryses, believed that these wall paintings date from the 10thh-11th century AD.

N.Papadakis also believed that the name of the village Akoumia derives from the name of the prominent Byzantine family "Komnini" because members of it settled in Crete in the 10th century.

According to this view, the place was named after Komnini, who settled here, and Akoumia is a corruption of this name.

N.Papadakis supported that the name of the village founder is written on the wall paintings of the above mentioned church. He was called Koumis and came from the Komnini family.

A less prevailing view for the village name Akoumia says that it derives from the word "koumi" which was used for the small shelters where animals were kept.

In both versions the letter "a" in front of the name "Koumia" was added by using the phrase "sta Koumia" which means "at Koumia".

In his work about cities and villages of Crete, historian Stergios Spanakis mentions that there was a Turkish two-floor-tower with big windows in Koumia village.

Villages Koumia and Vryses counted 464 habitants in 1577. The Turkish census of 1659 counted a total of 95 houses. In the Aegyptian census of 1834 the name "Akoumia" was written by mistake. In the census of 1881 it is written Koumia as part of the municipality of Agiou Pnevmatos with 660 Christian habitants and in 1900 with 810 habitants. In 1920 the village is written Akoumia as seat of a municipality under the same name with 711 habitants.

In 1925 Akoumia was seat of a municipality that also included villages Vryses and Platanes. Platanes later became part of the municipality of Kedrohori.

Kimisis Theotokou Church. Virgin Mary is the patron saint of the village Dedicated to the Dormition of Mary. This church is the biggest and most imposing in the village. The present church began to be built in 1900 onto the ruins of a smaller old church. It took 2 years, 12 lime-kilns and lots of work by local workmen to finish it. It is characteristically said that its walls are 2.3m fat.

The church is decorated with wall paintings. The iconostasis is wood-carved. It is made of cypress wood from the Preveli area and was manufactured by a Cretan Turk sculptor called Ibrahim in 1917-1918. The imposing bell tower is 18.5m tall and was built in 1946 by Markos Skotidakis, a renowned building contractor, with the contribution of he habitants of the village.

The patronal celebration of the church is on 15th August when a traditional village festival takes place every year.

Metamorfosis tou Sotira Church. It is a small Byzantine church dated from the 13th century. It is the oldest church of the village and is dedicated to the Transfiguration of Christ. The church has been preserved and restored by the Archaeological Service and has been characterized as a protected monument. It is a dark building constructed below the ground level like a catacomb. It is decorated with wall paintings which have been partially destroyed by the Ottomans. It is said that holy water used to spring from the wall paintings.

The church is celebrated on 6 August with a grand festival.

The monastery of Agios Onoufrios is located on a beautiful slope at the foot of the mountain Siderotas. It is surrounded by steep rocks and natural water sources.

The wild beauty of the scenery captivates the visitors and travels their soul to heaven. Abandoned cells near the church are evidence of the ascetics who have lived in the area.

The monastery and the surrounding area have been recently renovated. On 12 June a grand festival is celebrated in honor of the saint.

One of the ascetics who lived in the area was Agios Gerontas. His original name was Gerasimos. He came from Achlade village and lived before 1868. He was very popular among the habitants of Akoumia who considered him patron of the region and devoutly narrated stories about his life.

The monastery of Agia Anna was founded in the Litiniana area in 193 by a monk called Gennadios who came from Achtounda village. The monastery soon had become a shrine for people who came to be counseled and blessed by the monk.

Other churches of the area are Prophet Ilias at the beach, Agios Gerasimos near the monastery of Agios Onoufrios, Panagia in an area also called Panagia and Agii Apostoli.

Agios Antonios monastery. It is located in an area called Katevati in a distance of about six kilometers from Akoumia. It is a beautiful, well-preserved monastery.

Monk Theodosios lived in this monastery for about 50 years. His rich action included praying and teaching as well as renovating and preserving the monastery. He managed to create this holy land with three churches dedicated to Virgin Mary, Saint Anthony and Saint Nektarios. The monastery celebrates on 17 January and is visited by faithful from the whole island.

Our policy for children facilities and extra bed availability is as follows:

Capacity for each holiday villa is 5 people. A sixth person can also be accommodated plus a sofa bed.

There is a baby cot for a child under the age of 2.

A welcome hamper is provided although the villas are self catering, with luxury facilities to prepare food of your choice.

Small-sized pets are allowed by prior agreement.

We have Internet available through wi-fi 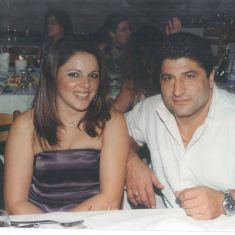