The Mansion is built on 4 levels and can accommodate up to 10 people, all 12 months year round.

The first level of the west garden and the pool has 2 independent studios with their own private entrances. The same level of the main building has a lounge with a corner sofa seating 5 people, with an auxiliary kitchen and a spacious bedroom.

Outside the same level, at the western garden overlooking the pool, there is a large dining space with sun loungers.

Inside, a staircase leads upstairs to the second level of the Mansion. The main entrance from the upper street and the east garden is at this level.

This second level has a fully equipped kitchen, a large lounge with comfortable sofas, a guest bathroom and a vast terrace with a dining table.

At the third and fourth level there are the master bedroom of the mansion, a large loft bedroom, and two more terraces.

Our village, Dramia, today is a small, quiet, residential village of 250 inhabitants, administratively belonging to the municipality of Apokoronas.

The position and orientation of the village are ideal.

It is located among olive groves and looks over the plain of Kournas.

It has an open amphitheatrical view overlooking the sea and the high peaks of the White Mountains. It is situated atop Kefalas hill, just 500 meters from the beach of Georgioupolis - Episkopi, the longest sandy beach of northern Crete.

It has a continuously inhabitation since at least classical times until today, for minimum 3000 years.

Roman ceramic fragments, a larnax and a naked statue of Hercules, standing 0.90 m tall, have been found in the village; all these are exhibited at the Chania Archaeological Museum.

As inhabitants report, part of the ancient city and harbour still lie submerged right off the beach faced by the hotels.

Our village is ideally situated for exploring and tracking trails at adjacent regions of great tourist interest.

It lies barely 18 km away from picturesque Rethymno, 43 km from cosmopolitan Chania; it is next to the only natural lake in Crete and in all the Mediterranean Kournas. Located 5 km from the tourist-thronged Georgioupolis, just 1 km from the tourist favourite Kavros, an area of many restaurants, cafés, bars, supermarkets and tourist shops.

The beaches, continuously from 1992 until today, have been awarded with blue flags by the European Union.

Distances from airports are 50km to Chania Airport and 100km to Heraclio.

Within a radius of 30-50 kilometers, you can explore the entire Apokoronas, with its uniquely picturesque capital town of Vamos, and the lush fountains at Vryses. You can spend your day on the high Acrotiri peninsula with its many beaches and historic monasteries, famous for their Byzantine architecture and church iconography.

Savour the experience of tracking the trail down Samaria Gorge.

The beaches of the southern Cretan coast, the Libyan Sea: Rodakino, Plakias, Ammoudi, St. Paul are just half an hour away by car.

Visit the Monastery of Preveli with its rare palm grove.

Alternatively you can drive to Frangokastello or historical Sfakia, and thence by boat to Loutro and Agia Roumeli.

From Sfakia you can take a boat to Gavdos, the nearby small island where lies the southernmost point of Europe. In any case, the entire island of Crete lies at a latitude further south than Tangier, Algiers and Tunis. 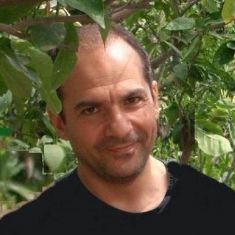