The villa, situated at the top end of the village Goni in the Askifou plateau, has been built with natural materials consistent with the local tradition.

Its ideal location can serve as the starting point for your ventures to Chora Sfakion, the picturesque Loutro, the enchanting Fragokastello, the gorge of Imvros and many more places of interest.

The mountain villa affords in one superb mixture an inherited natural beauty, a sensation of fortitude, an elegant poise, but yet oozes artistry and tranquillity.

The villa has no season. It is there year-round to tame the winter and adorn it with warmth, to cool the heat of the summer and to join the moments of spring with those of autumn, thus calming the restlessness of time.

The villa stands proudly at the top of the hill dreamily observing the bright-green plain that lies beneath her.

The vast sky sheds its light upon it from above and the breeze gracefully wraps itself around it.

All its furniture is antique, and though old, has been well-kept and preserved by the owner for years before it could be appropriately exhibited.

When entering the ground floor, you are welcomed by a large stone fireplace that soothes away tiredness with its red glow.

In the same space, there is a sitting and dining room with a large dining table and a fully equipped kitchen.

On the ground floor, there is also a bedroom with a double bed and a view of the plain, which has been decorated with mystery, simplicity and gentility. For the convenience of our guests, there is an extra W/C next to the bedroom.

The top floor can be accessed via a wooden staircase.

The tranquillity of the discreet canopy nets, the memories which are awakened by the open chests, the beauty promised by the mirrors, all add to the feast of senses that are released.

There are two large bedrooms here with spacious wardrobes and a TV set, and between the two you will find a spacious balcony with a breathtaking view.

One bedroom is situated on the north side of our villa, and features a double bed, a desk and a wardrobe. It is a room which exudes imagination, romanticism and vigour.

The second room on the south side is the majestic, white-clad room of the villa, which features a twin and a single bed, as well as a veranda with a remarkable view of the White Mountains. Between the two bedrooms, there is a bathroom with a large bathtub.

In the surrounding area of the villa, the flowers and trees, which are all naturally set amongst rocks, are illuminated by the luminous sunlight during the day, and by the shimmering light of the stars at night.

The villa is a traditional lodging, situated in the Askifou plateau of the province of Sfakia, Crete, 50km from the city of Chania, at an altitude of 780m. The Askifou plateau resembles a large cup, from which it is considered to have gotten its name, as the ancient word "skifos" means cup.

There are four little villages that make up the plateau: Ammoudari, Goni, Kares and Petres, which are all sparsely populated by a total of approximately 440 permanent residents.

The province of Sfakia is known for its unique natural beauty, which is of great ecological significance. The White Mountain range, stretching all along Sfakia, consists of 100 peaks, 58 of which rise to an altitude of over 2,000m. Many of these snow-capped summits remain covered in snow even during the summer, while others are overgrown with ancient pine and cypress-tree forests.

To the south of the Askifou plateau lies the road leading to the area of Fragokastello that is well-known for its local legend, according to which every year at the end of May the "Drosoulites" appear with the morning dew. These figures are considered to be the shadows of the dead warriors of Hatzi Mihali Daliani, who protected Fragokastello against the Turks.

To the east of the plateau, there is a road ascending to the Kallikratis plateau, from which you may either head for Fragokastello or Asi Gonia and then make your way towards the city of Rethymno.

To the west of the plateau, there is a road and pathway leading up to the plateau of Niatos, as well as the mountain shelter of Tavris. This is also the starting point for the ascent up the summit of Kastro (2,218m).

- Early check-in and late check-out possible upon request and subject to availability.

- Smoking is allowed only outdoors.

- Events and parties can be hosted in consultation with the owners.

Feel free to contact us for any extra service or assistance you may need!

5 based on 3 Guest Reviews 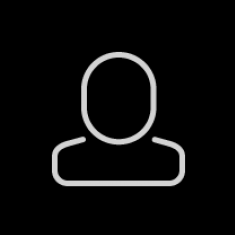 
We loved our 3 day stay in the mountain house . A real taste of Greek culture and experience. The air is so fresh and what fantastic views from every window . The facilities were great and the house had everything you need to prepare meals for family . Sitting on the terrace at night was magnificent looking over the valley and so quiet . Would definitely return . 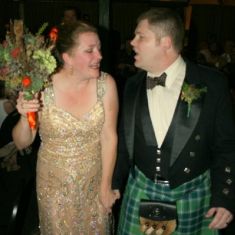 
Despina's mountain house was amazing! We arrived very late but Despina had 2 of her very handsome nephews drive us in and show us the house. I am glad because there was no way we cold have found it alone :) The house is big, beautifully decorated, has modern updates and was perfect for our group of 5. The location is remote (just what we wanted) but the village isn't far and had a fully stocked supermarket (the owners were very hospitable and gave us a bottle of Raki!), bakery and a few taverna's where we ate some of the most delicious & fresh Cretan food on all of Crete! The patio was wonderful with a breath taking view of the mountain, hills and cute sheep with their bells ringing away! We utilized it daily and even spent a warm evening playing games and having drinks on it for hours. The pool was clean and refreshing and we were in it often after long days in the heat and touring. Morning and midnight dips as well :) The only suggestions I have for future renters is: Bring bug spray (mosquitoes galore), rent a small car as parking is very tight, be prepared to drive for hours on a very windy road to go anywhere else and if you arrive late, make sure you have some snacks as the town closes early. We had a sweet orange kitty visitor daily as well. She is a doll! Very loving and chatty. ^..^ Aside from those few minor issues......it was the best vacation we have had in years and we would rent Despina's house again and I will suggest it to friends and family!! The people of Crete were some of the warmest people we met in Greece!! Thank you Despina very much for allowing us to enjoy your beautiful house!! Machelle & Adam Hollar and friends 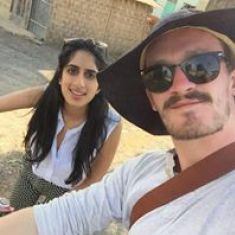 
We haed a wonderfull time in this tiny village, the view is stunning and the house is decorated with very good taste. It i far from all the crowded areas and a splendid place to rest while being still close from cities around. We would definitly recommend that place and hope to come back soon. 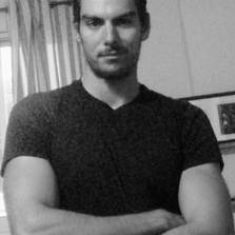